What has a more lasting impact..style or fashion?

Fashion in and of itself is a vast world with many facets, sections and  layers. A notion spurred out of necessity and became materialized, think of  tree leaves, fur hides and leather, it stretches back to the beginning of  time..the beginning of man. Fashion and humans go hand in hand.  When viewing fashion as a spectrum its ends are rather difficult to meet.  Sorted out by quality, complexity, craftsmanship and social structures.

Style is the only method that melts the distance and merges the ends and  everything in between and adapts the outcome to translate a sense of  identity in the form of clothing.

Fashion today is witnessing a growth in speed to which trends are chasing  one another, skipping through time like a fleeting phase, given no space to  absorb.

In the crowded fashion scene from runway collections to shopping  experiences.

Style; on a personal level is truly the distinction and the luxurious skill that  separates one from the masses and creates an everlasting impression that  with enough eccentricity..turns into legacy.

Fashion and style are two words often paired together yet are wildly  different.

I may go far and bold and state that “style” in a sense and as a value to  obtain towers over its “fashion” counterpart in this equation!

Legendary fashion designers and couturiers that I consider the founders of  different directions in fashion who their influence is still shaping our  fashion present and their legacies are being carried on by successors as  creative directors. Although their creative minds and skillful hands created  fashion, their eloquent words championed style.

Yves Saint Laurent once said “Fashions fade, style is eternal. “. Yves Saint Laurent was Monsieur Dior’s successor and have carried out the  haute couture legacy requested by royalty after his passing. Under his own  name he was the designer who empowered women through the creation of  “ Le smoking “ in 1966, the first tuxedo for women and with the  commencement of its cigarette pants on the shocked streets and  restaurants that turned women who wore them away.. was the birth of  androgynous style.

Another example yet this one is from the heart of fashion journalism, Diana  Vreeland, the celebrated editor and fashion expert who her influence in  journalism have echoed the strongest in a good part of the 20th century.  She sat front row for various decades in the most important shows from  Haute Couture to Ready to wear, dresses and garments have brushed her  resting heels on the side of the runway. Subjected to collections after  collections of clothes..of fashion..yet Diana still stated “ You gotta have style.

Looking at some of history’s most notable style icons like Lady Diana, her  personal style and fashion moments still influence fashion today. A royal who communicated with her fashion choices, when dissecting her  style we’ll see a strong color contrast between her and the rest of the  establishment. She often opted for colors, prints and turned a sapphire  diamond from a broach to a choker necklace..framed with strands of  stunning pearls.

Along with her signature coiffed short blonde hair that dominated the  demands in the salons as the reference picture, Lady Diana had fashion  moments that turned to pop culture.

Like the 1994 Christina Stambolian plunging neckline black off the  shoulder thigh-grazing draped dress. She stepped out of the car with her  chiffon sash flying behind her along with all the dressing rules she broke.  Dubbed the “Revenge “Dress. Still inspiring today, the youngest couturier  in the world designer Andrea Brocca presented his own version of the  revenge dress in 2021 named the “Ashna” dress.

After the commencement of her independence from marriage in the 90s.  She pulled some of her best looks that truly signified her freedom  symbolized in her style.

Her style choices are incredibly influential these specific looks were  recreated for the September issue of Vogue Paris, 2019. Modeled by Hailey  Bieber.

The King of Pop..Michael Jackson a definite style icon and immortal fashion  figure. He influenced and still influence fashion today and paved the way  for current singers and performers to make their own distinct style part of  their show and identity. An article of clothing that’s paired with an iconic  dance movement and hand gesture for all of eternity..you can’t see  glittering white gloves without an image of Jackson lowering his hat on  stage flashing before your eyes. Military jackets that are intricately  embellished and structured are as well part of his recognizable arsenal. Beyonce, Kanye, Britney Spears, Rihanna and more have emulated his style  in homage many times.

David Bowie..dubbed “ The Best Dressed Man in British History “ Back in  2013 by a panel of fashion experts in BBC history. Through his flame red  hair and colorful stage makeup. His style and fashion sense was and still is  unparalleled. He leaned into androgyny and bended gender dressing. He  himself created a legacy designed and imagined by him carried out by  colorful suits, kimono robes, pleated pants and eccentric silhouetted  jumpsuits.

He inspired designers like Jean Paul Gaultier who referenced bowie’s style  part of his spring 2013 ready to wear collection.

Those examples of treasured style icons, illustrate that a distinctive style  that perfectly translates persona can turn the individual into a brand in and  of itself..referenced and recreated. Defying the changes of time by standing  still in style legacy.

To fashion at large, style is the backbone and the act of natural selection.  Where individuals with a recognizable sense of it are drawn to specific  designers, clothing, pieces and garments that speak to them on a deeper  level that surpasses trends and what is considered fashionable. But dress to  announce who they are to the world or enhance their confidence by  donning what they like and what they’re comfortable with and in. Style is getting to know who you are and residing proudly in your own skin  by utilizing fashion to speak for you with textures, silhouettes, cuts and  colors..or the lack there of .

Style is one of the main roots of sustainability, a social goal that’s being  called for action across industries. In our industry, fashion. Style which is

an individual fashion compass that leads to curation of purchasing and  curation leads to rationing. Rationing leads to less waste and more value  through emotional attachment and quality recognition.

Style is what sets you apart. Each season, each decade..throughout the  interchangeable realm that is fashion, its looks and era defining elements.
‍ 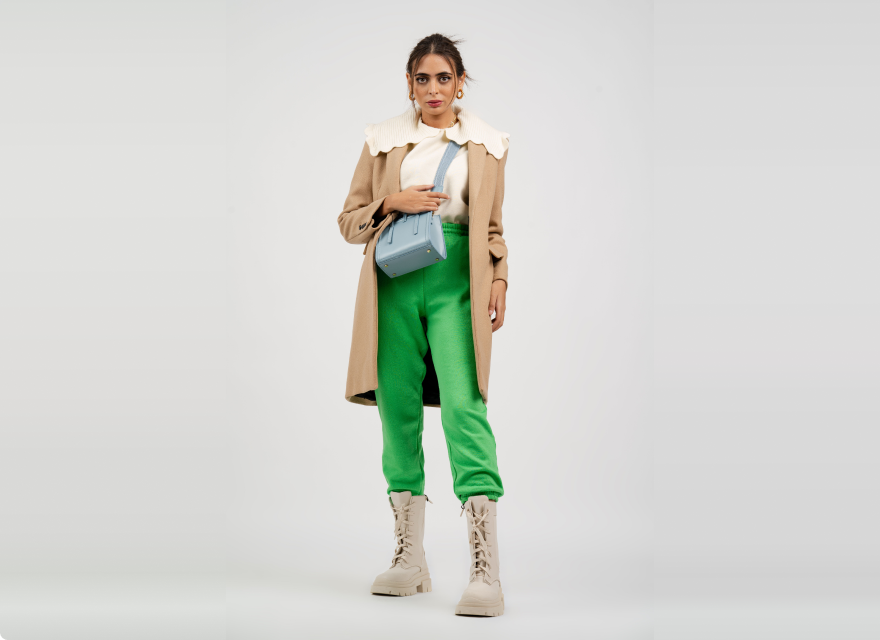 Stay up to date on all the latest trends and styles. 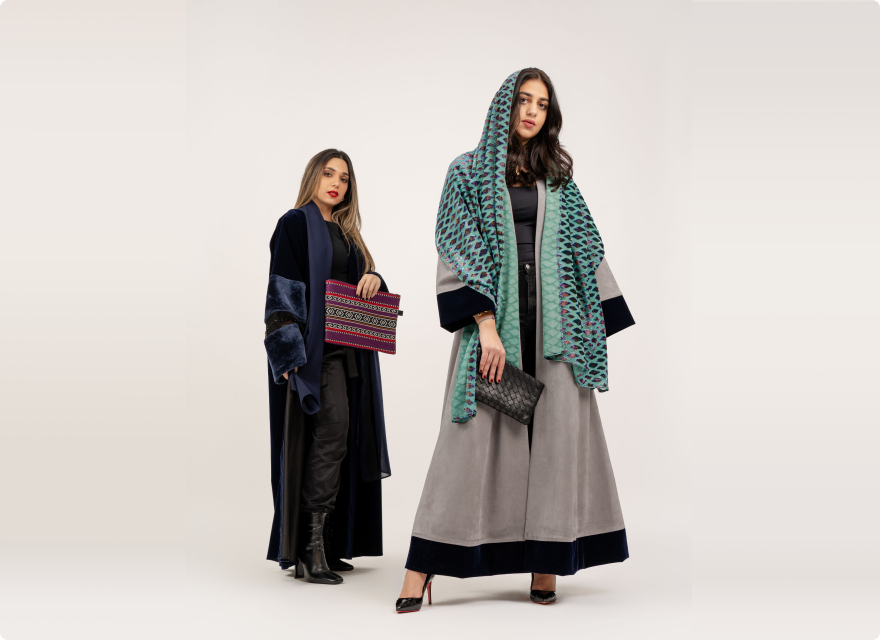 There's an art to layering, and we'll help you master it. 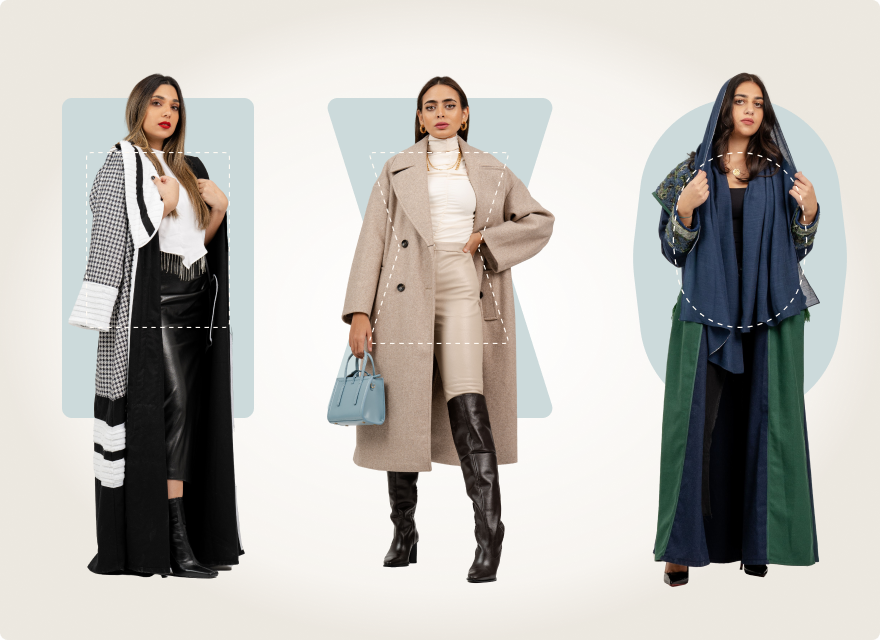 Finding outfits that flatter your figure is about to become a lot easier.

Get styled
WomenMen
Become a stylist

Get styled
WomenMen
Become a stylist